Backstreet’s Back, Alright! In a world like this tour live @ Oberhausen

All I can still say is OMG, OMG, OMG, OMG, OMG, OMG…..and this could go on and on forever. I mean, seeing Beyoncé in Cologne was awesome but when I saw my childhood crushes 2 days later, I was completely ecstatic. I’ve loved these guys from the very beginning. I was six years old and their debut album was one of my first cd’s. By the age of ten, my room was plastered with posters and every Nick had a heart on his cheek. I slept in their sheets and collected every snippet I could find and you know what? I still have all those things. Sheets, a blanket, pillows, movies, and not to forget my bathrobe. By now, I have the second Nick Carter pillow because gladly, my brother managed to find a new one for me, one or two years ago. Why? Because I cannot sleep without it. I am so used to sleeping on his face that I have to buy some more, in order to sleep on it for the rest of my life. I still have a heart-shaped one as well, and my mom made me bring it to the concert. I don’t know why, I just took it with me. Some people looked at me like I was a crazy person and some thought it was awesome that I still have something like that. I wish the boys could have seen it. And of course, I bought a t-shirt and I can’t wait to wear it. Unfortunately, it’s still in the laundry. 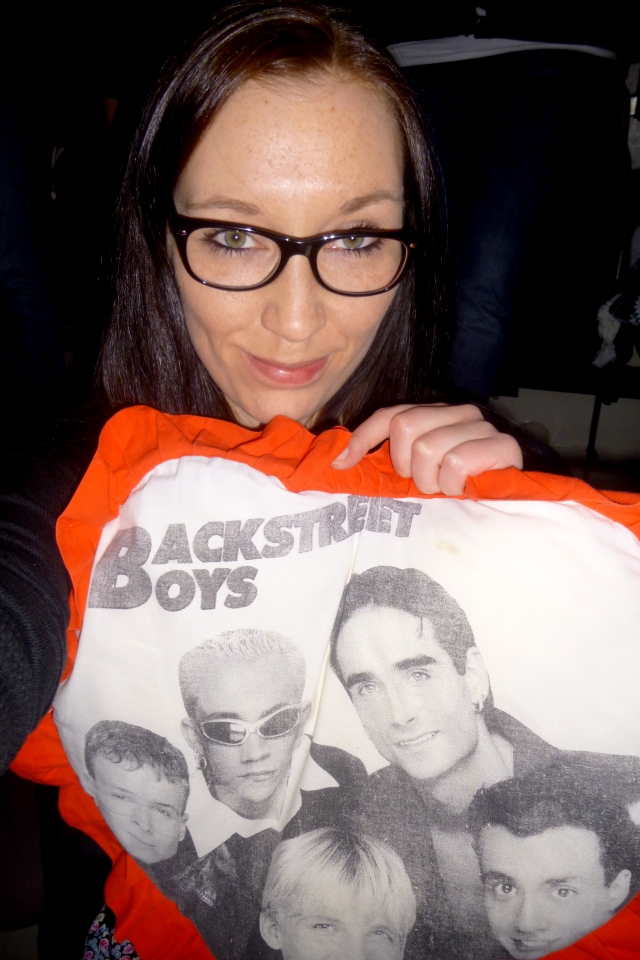 So, I went to the concert all by myself, because I didn’t know who would join me. None of my friends were big fans like me but I didn’t want to miss their comeback tour. To be honest, I don’t believe that they will do another tour with all five of them and I just had to see them live on stage, at least once in my life. So I drove all the way to the arena and I was excited as hell. I felt like a teenager and I was and still am so happy to be a true 90s kid. I wasn’t really interested in the support act because I was a little disappointed that the All Saints didn’t join the boys in Germany. I have to say though that I was positively surprised by The Exchange. A young boy band from the States who had incredible a-capella skills. I will definitely check out more of their music because they were really good…and they retweeted me. ;) The women next to me told me that before they came on stage, Brian introduced his eleven-year-old son to the audience and that he sang two songs. Unfortunately I missed seeing his performance but I did hear some of it. He definitely inherited his father’s high-pitched voice.

And then, the real show began and it was amazing. Who cares that these guys are in their 30s and 40s – they still got their boy band moves going on. They rocked the stage with their great voices and they seemed just so normal and down-to-earth. They were so funny and I especially loved when they tried to talk German. It was really cute. I’d really like to meet these guys in person because I bet you can have tons of fun with them. Especially Nick is a huge goofball. He was never able to stand still. Seriously, if a guy would continuously dance like that at a club, I would be so not attracted but he is Nick Carter, a Backstreet Boy, and my biggest childhood/teenage crush ever. He can do whatever he wants and still get the most screams from the audience. He especially loved to grab his crotch or grind his body toward the camera. I did roll my eyes a little, but I would still date him…and then tell him to stop doing that. :D 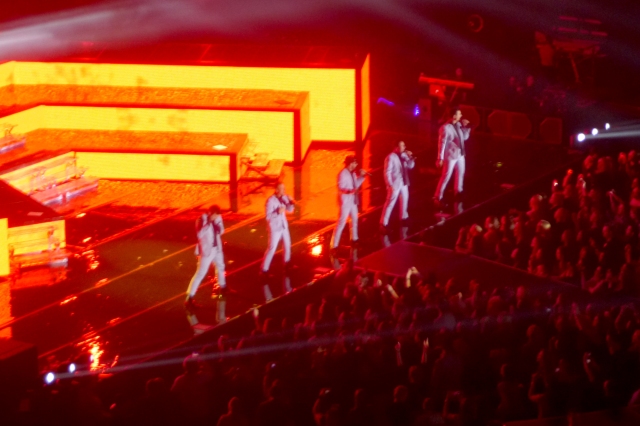 What was best about the whole concert? Their songs!!! They performed all of their greatest hits and the whole crowd just went crazy, including me. (Yes, shaky videos but I just couldn’t stand still.) They did perform some of the new songs in between, which are also very nice, but nothing compared to the classics. I also found it pretty cool that they played some instruments. I guess that is something they do, now that they are a little older. And the concert included a little acoustic set, as well. That gave them the opportunity to basically do whatever they want – like make Howie shake his ass. :D Furthermore, they were telling everyone how much they loved and thanked Germany, over and over again, and at some  point, they just started singing parts of famous German songs. We all laughed sooo hard. They did have their great breakthrough in Germany and according to them, they have a very close relationship with the country and I will just believe them. I also liked the fact that they did not try to musically bridge their breaks. They just showed entertaining videos until they were dressed in new outfits and back on stage. No matter what they did, they showed a lot of humor and just made everyone in the audience laugh. This was not a show where every second of it is planned. It all seemed so natural and they really looked like they were having fun. They also told personal things, like how they wrote certain songs together, what inspired them and more. AJ also told us about the incredibly sad loss of their bodyguard Q and we all showed respect by being silent for a bit. They told us about having German girlfriends and about how they are happy to have Kevin back. Everything they said came from the heart and made the show very personal. And I really hope they stick to their words about still being in the business when they’re 80. We will just have to wait and see. 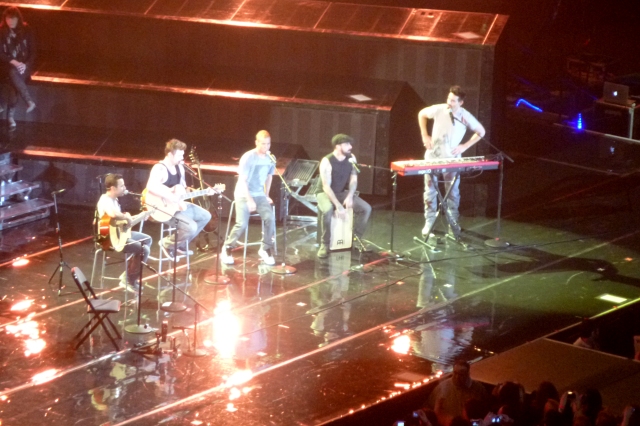 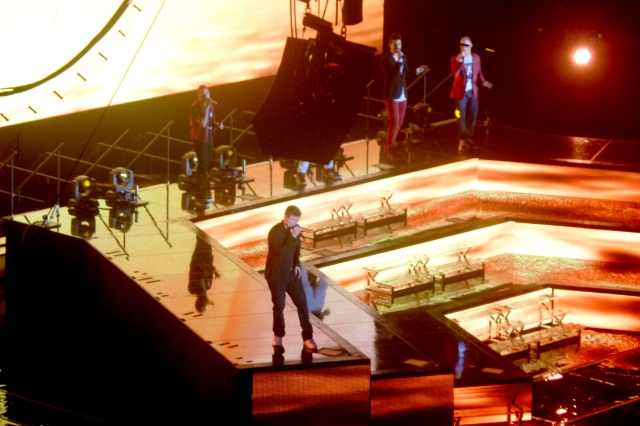 Overall, it was a great night and a great concert and I really hope that this wasn’t their last tour. If they ever do it again, I will buy myself a ticket, as soon as possible. Maybe even one closer to the stage. Since  Monday, I’m singing their songs all day and listening to their music in my car. For me, they will always be the best boy band and I will always be a fan. My pillow will remind me of them, anyway.

PS: Enjoy the videos and prepare to start singing along! :)