10 US Things I Miss After Moving Back To Germany

Posted on July 4, 2016 by haileyjaderyan

First of all, happy 4th of July to everyone in America. Hope you’re all having a fabulous day but I’m sure there will be great celebrations, all over the place. I myself have lived in the States for several years and therefore have a close connection to this country. Because of that, I thought I would put together a list of 10 things that I really miss about the States, now that I’m back in Germany. In general, I feel like every country has its good and bad things and I’m sure that for every person these are different. This is from my personal experience and about what I love and miss about the US, no matter if big or small. 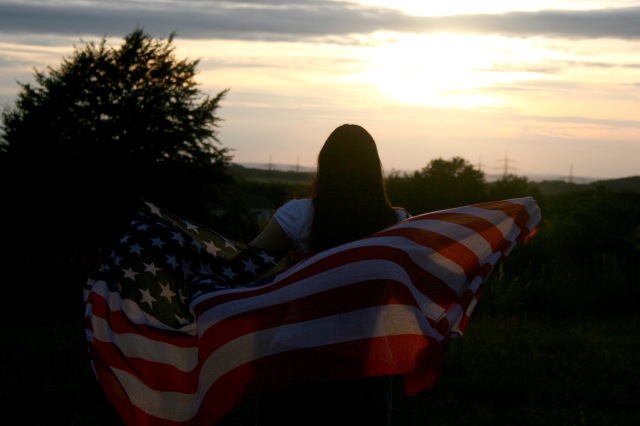 01. Shopping on Sunday’s
This is something that will probably never happen in Germany. We take our opening hours and work free days, very seriously. This was something I loved the most when I was living in the US because Sunday is the ideal shopping day. When I was working as an au pair, I worked all week, occasionally on Saturday in the evenings or I had to take classes on Saturday’s, so it was great that there was another day with open stores. I know that other countries offer this, as well, but certainly not where I live.

02. Paying everything with a card
I hate carrying around cash. Swiping your card is just so much more practical. I admit, it’s also more tempting and it can happen that you actually forget about what you paid, but I really miss it. Yes, you can also pay with card in Germany, but not everything and everywhere. Usually, you need a certain sum in order to use it. Ever since I came back, I constantly run out of cash and it annoys me that I need to go to the bank to get more because we also don’t have cashback. These things would make my life so much easier.

03. Lunchables, Doritos, Lucky Charms and more
Of course, I miss certain food items. I’ve missed them after leaving the US, as a child, and now I miss them again, after leaving as an adult. I could give you a long list of food and beverage items that I would love to have, right now, including yellow Gatorade and hot pockets, fruit gushers, pizza Lunchables, Nacho Cheese Doritos and so much more. And not to forget the amazing slurpees from 7/11. Of course, I also missed German products when I was living in the States but I guess, you just can’t have it all. Can somebody please send me a care package?!

04. Feeling less judged
I’ve always felt like in America people care far less about what you wear and how you look. It might vary from place to place, but I’ve never felt like being stared at for wearing bright colors or something a little over the top. I know that open-mindedness is more popular in big German cities, as well, but where I live, you’ll find a neighbor judging you just for wearing a skirt. Trust me, I’ve been harassed, talked about, made fun of so many times in my life, just because of what I wore or what my favorite color was. If people would just stop constantly getting into other people’s business, we would all live much happier lives. Everyone should just quit pointing fingers at other people.

05. Uber
I know that some cities in Germany have Uber but it’s definitely not as popular as in the US and definitely non-existent where I live. I really miss the convenience of it and of course their good prices. I don’t go out very often but when I do, I wish I could just Uber my way around.

06. Public Wi-Fi
I feel like I had so much more access to public Wi-Fi back in the States. I’ve spent so many hours at airports and was always able to log onto my computer and get some blogging done, surf through social media or catch up on my favorite TV shows. Furthermore, you have it in supermarkets, cafes etc. and I feel like here in Germany, you have it nowhere. It may be different in bigger cities but when I landed at Frankfurt International Airport, they had nothing which was super annoying.

07. Holiday Celebrations
If Americans know one thing, it’s how to go all out on holiday’s. I always loved to see houses brightly decorated during Christmas time and Thanksgiving is a great festivity to witness, as well. Halloween has always been one of my absolute favorites, ever since I went trick-or-treating as a child. Some Germans try but it’s just not the same. When I saw pumpkins and witches all over the stores in America, I always felt like buying it all because it’s so much fun. And I also love costumes. Same goes for Valentine’s Day. I remember giving and receiving cards back in our American day care and it’s just a super cute tradition. And of course, the 4th of July celebrations are always fun, as well. In comparison, most German holiday’s are super boring and basically don’t give you more than an extra day off from work, depending on the branch you work in.

08. The English language
I really, really miss the English language, in general. I’ve learnt to speak the language when I was six years old and it has always been a very important factor in my life. I prefer to read and write in English and after my year as an au pair, I’m definitely over watching German television or movies. When new films hit theatres, a part of me doesn’t even want to watch it because it’s not in English and therefore not as good. And TV shows that I watched in the original language, I cannot watch in my mother tongue, anymore. I literally can’t stand hearing other voices. I wish, I had more English-speaking people around me but there is just nobody there. I could finally go back to speaking normally, since I often forget words when I talk in German because the English ones stuck with me, but oh well. If I had to choose one language for the rest of my life, it would definitely be English. I could talk to so many more people from all around the world which is more important to me than my mother tongue.

09. Fastfood Chains like Taco Bell and Panda Express
Of course we have fast food over here but definitely not as much as in the US. I don’t even know where the next Subway is because the ones that were near us all closed down. That’s how well new things work over here. We have Mc Donalds and Burger King but everything else can only occasionally be found in bigger cities. I especially miss Taco Bell and Panda Express because they’re awesomesauce and we simply don’t have them. Even the next Starbucks is over an hour-long drive, just to give you an impression of where I currently live. And I definitely wouldn’t mind eating at In-n-Out Burger, right now.

10. All the stores that we don’t have
There are just some stores in the States that we simply don’t have in Germany. I mean seriously, can someone open a Disney Store or a Victoria’s Secret place somewhere around here? I just don’t get why we don’t have it. People would go nuts for it. But most of all, I miss Target. When I lived in San Francisco, we had one really close by and I went there pretty much every week, so technically it counts as a hobby. That’s probably where I left most of my money, aside from Disney. Same goes for Walmart, which I was obsessed with, as a child. I mean, there is nothing better than places where you can simply get everything. And they don’t cost a fortune. I wouldn’t mind having a Forever 21 nearby, as well, although I was told that Germany actually has a store or two, but they’re super far away. Well, I guess, I really need to move to a more fun place.