And the Grammy goes to…

Posted on January 29, 2014 by haileyjaderyan 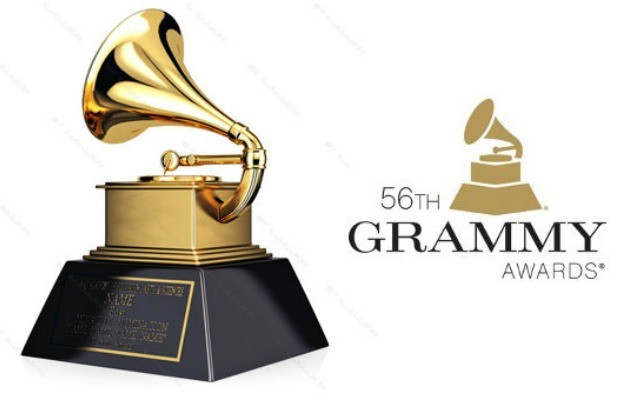 I guess it’s safe to write about it now. No more spoiler alert. ;) And the internet is full of it anyway. Sooo, who watched the 56th Grammys on Sunday? I stayed up aaall night to watch the show. In Germany, that meant from 2 to 5:45 AM. But that’s what I always do during award shows. I just can’t miss them. Unfortunately, the red carpet wasn’t broadcasted here, but I saw all the outfits online. So, here is a little recap. My personal impressions and thoughts on the show.

Fashion:
Isn’t it always interesting to see what the stars are wearing? And isn’t it even more interesting to see who got dressed without a mirror? I’m talking to you Pharell Williams. That hat was ridiculous. I was only waiting for the moment it starts telling everyone which Harry Potter house they belong to. Lorde should be told how to dress a little more “17 year old teenager” instead of dark everything. Those pants she wore during her performance looked like Macklemore took her thriftshopping. And her black dress didn’t do anything for her, neither. Paula Patton and her zebra print? Awful! Kathy Griffin in turquoise snake print? Awful! And Madonna just looked ridiculous in that suit. What I don’t get though, besides those ugly outfits,  is why Paris Hilton landed on so many worst-dressed lists? I thought she looked great. But of course: Paris wears a white sheer dress without underwear and everybody criticises her. Beyoncé wears a white sheer dress without underwear and everyone screams wow. Don’t get me wrong, she looked awesome in that dress, but Paris did too. Speaking of Beyoncé, I just can’t get used to her hair. It’s just not her look. It was ok on the red carpet but what did they do to it, before she entered the stage? She looked sooo hot and damn, everyone wants a body like that. But her hair??? I guess they tried to make them look beach wavy like they do in the video. Well, they looked more like a curly mop. Yes, I dare to criticise the queen. (Even wordpress has her in the spell-check system!) Her hair sucks! Taylor Swift looked flawless, as usual. Pretty much every lady wearing metallic looked great. I guess that’s a trend one should follow. Red was a great color for P!nk, also for Miranda Lambert. And all the fellows, most of them, wore suits. You can’t really make mistakes, there. Except those velvet ones. Awful!
P.S. Carey Hart should’ve received an award for hotness!

Performances:
Wow, what an opening. Queen Bey and her hubby killing it on stage (minus her hair). I do admit though, I still have to get used to the style of the song. But the two of them together were just soo cool. But I must say, next to Beyoncé who was fierce as hell, even Jay-Z kinda looks like a little boy. I loooved Katy Perry. The stage looked incredible and she delivered a great show. But hip-hop moves and dancing on a stripper-pole? She totally spent a lot of time with Rihanna. Robin Thicke finally managed to hit the notes but please, stop singing ‘Blurred Lines’! I can’t take it anymore. John Legend performed one of the most beautiful songs in the world. Almost made me cry, as usual. I loved how the room was all dark except for the stage and then, you were able to see his wife in the spotlight, sitting there listening to the amazing song he wrote for her. Except for that awkward head-banging, Taylor Swift’s performance was complete perfection. It’s such a great song and when she performs, she makes the guy she wrote it about know what he did. Take that, bastard!!! Pink should deserve all the awards in the world for her incredible performances. How can you sing like that, while you’re doing crazy acrobatics in the air and with that guy? I bet, she would even sound amazing while doing a handstand in the shower. But the one performance that got EVERYONE going, not only 4-hours-front-row-dancing Taylor Swift, was Imagine Dragons and Kenrick Lamar. That was sick! I want that collaboration on a record. And who ever saw Macklemore and Ryan Lewis get together with Queen Latifah and Madonna, in order to wed 33 couples before? That was insane. I have a question though: are these marriages legally correct? Are all these people like really married or was it just a good show? Either way, incredible. I almost cried. SAME LOVE! SAME LOVE! SAME LOVE! This message needs to be heard by everyone. And I have one thing to say to Metallica: Where was Taylor’s head banging, when they were on stage???

Awards:
I guess the big winners of the night were Pharell Williams and Daft Punk. I’m not a fan of ‘Get Lucky’, Daft Punk or Pharell (only sometimes). THERE, I said it. The song is sooo boring, I really don’t get why everyone breaks out in hysterics when it comes on. They won against Taylor Swift, who’s ‘RED’ album I absolutely love. They won against ‘Stay’ by Rihanna and Mikky Ekko which is absolutely beautiful. But I’m probably alone on this one. Lorde got two awards. I’m not a huge fan. Probably alone on this one, as well. Great that Macklemore won but I kinda expected that. Bruno Mars won. Great. I’m glad that Rihanna won an award for her album ‘Unapologetic’ even though that wasn’t shown during the show. The coolest award was Jay-Z though. Why? because of his acceptance speech. “Blue, daddy has a gold sippy cup for you.” Yup, if ya got almost 20 of them, let your child have one. Blue Ivy is one hell of a lucky kid.

Everything else:
I wish the cameras would show more of the crowd action. Often enough, it’s probably more interesting than what’s going on, on stage. I bet Taylor danced her ass off during EVERY performance. Bey and Jay are just the cutest. And where did they get this huuuge glass from? Btw: “Sorry, I stared at your wife.” is probably the most often said line to Jay-Z. LL should finally get rid of that hat, I love Kelly Osbourne’s hair color and has anyone noticed that Sarah Bareilles looks like Amy from Big Bang Theory? Oh, and one more question: Is Taylor Swift that tall or is Bruno Mars just really short?

For more information, photos, videos and a complete list of winners visit: