MTV Video Music Awards 2014 – Or the Night of the Butt 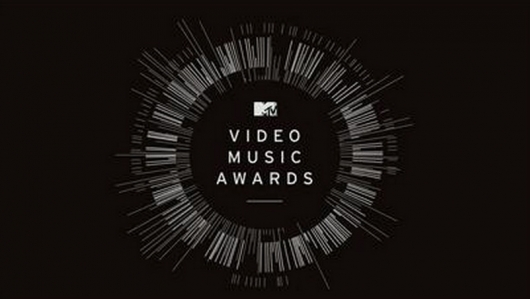 Boy, what a night. I always look forward to these award shows and it’s always one highlight of my year. I try to watch as many as possible, but the VMA’s are my absolute favorite and I never miss them, even though I have to watch them in the middle of the night. So here is what I do: I get myself yummy stuff to eat, a bottle of water, comfy clothes, my computer, phone and notebook and park myself in front of a tv. I always do it by myself and it’s a kind of tradition, by now. Of course I live-tweet and read what is happening on my twitter feed, which is awesome. You get additional information, funny pictures, tweets from the celebs in the room and it’s just a lot of fun. My favorite tweets of the night:

She came in like a Wrecking Ball, and won with pure class—nicely done, @MileyCyrus#VMAs

(showing a pic of Jay and Blue backstage)

Standing ovation for Miley’s date Jesse accepting her award on behalf of 1.6 million runaways & homeless youth in the US. Goosebumps.

It’s gonna be awkward next time Blue Ivy sees North and asks, “So what does your mommy do?” #VMAs

“She’s not wearing pants? Fuck it. I won’t wear pants either.” -every dressing room backstage at the VMA’s

Fashion: Why I call it the night of the booty? They were everywhere. I mean JLo, Beyoncé, Iggy Azalea and Nicki Minaj in one room, only to name some of the most popular butts. It was one hell of a butt show. Which brings me to how these behinds were dressed. It’s so interesting to watch these stars enter the red carpet in their outfits and last night, there was a lot to see. In my opinion, not in a positive way. I really hated most of the outfits. Maybe it’s just me, but most outfits were so tacky and class was nowhere to be seen. There were 3 people who actually put some thought into their outfit and the rest just had no mirrors.
Best dressed: 1. Jennifer “I’m 45 but look like 25” Lopez
2. Miley “I decided to actually wear clothes” Cyrus
3. Blue Ivy “I’m the coolest baby in the world” Carter (Yes, Bey
looked goo too, but we all know that she always wakes up
flawless)
And I will also not bash Gwen Stefani, Jordin Sparks, Lucy Hale and Kendall Jenner.
Worst dressed: Everybody else!

Amber Rose came in chains and that was basically it. I mean yes, please flaunt your curves but that was just too much and didn’t even look good. Even Miley had clothes on! Ariana Grande is one of the cutest and prettiest in the business, but that leather Moschino outfit was not a bit authentic. Put it back into Rihanna’s closet and try again. Taylor Swift? That blue onsie looked like something I wouldn’t even wear to bed and her hair reminded me of Bey’s mop at the Grammy’s. Fifth Harmony looked awful altogether, including that really bad brown/platinum blond ombé look. WHY??? Rita Ora and Kylie Jenner bought their dresses in a store for satin night gowns and I hope that Katy Perry was really only joking with that hideous jeans outfit. It wasn’t even ok when Britney wore it back in the 90s. Iggy Azalea looked as if an alien and a robot hooked up and Nicki Minaj only gets away with that sequins/snake print dress, because of Anaconda.

Awards: I must say that I’m sad John Legend didn’t win. “All of me” is simply perfection! And why the hell was Lorde nominated in the rock category? Is it because she wears black all the time? Seriously, that doesn’t make her rock. She was actually nominated with Linkin Park and Imagine Dragons. Why? Why? Why? And I must say that Miley Cyrus surprised us all, when she sent Jessie to accept her award for Wrecking Ball, in order to raise awareness for 1.6 million runaways & homeless youth in the US. It just shows you that even if people are a little crazy, like to provoke, wear interesting pieces of clothing and are always good for a scandal, they are not bad people and have not forgotten about the important things in life. And of course, Queen Bey received the Michael Jackson Video Vanguard Award, which was the cutest thing ever. Jay and Blue entered the stage  and handed the trophy to Beyoncé, who was in tears and demonstrated what a happy family they are. Goodbye rumors! Just let them be happy.

The awards went to:

Best Direction
DJ Snake & Lil Jon, “Turn Down For What”

Best Visual Effects
OK Go, “The Writing’s On the Wall”

Performances: Ariana Grande, Nicki Minaj and Jessie J opened the show and all I can think of is Anaconda. I loved how the stage looked like a jungle and damn, that butt. I also loved how Nicki had to hold together her dress during the “Bang Bang” performance. She managed to perform perfectly with that wardrobe malfunction. The greatest thing about performances is the moment the cameras are pointed at the crowd. Kim Kardashian was like, “Is her butt bigger than mine?”  Overall, Anaconda was hot, Ariana loves bathing suit outfits and you just gotta love Jessie J’s incredible voice. Then came Taylor Swift and social media freaked out in a not so positive way. Unfortunately, I wasn’t blown away, as well. I’ve definitely seen more interesting performances by her and she seemed like such a wannabe. I love her and her music but that dancing. that outfit, that setting was just so not Taylor. Sorry babe, but you don’t actually have anything to shake. Let Nicki do that! OMG, Sam Smith brought us all to tears. Such an amazing performance. Great voice, great song – it was perfection! Usher showed off his still awesome dance moves, although it did kinda have a negative effect on his singing and I wasn’t feeling marshmallow Nicki, at all. Maroon 5 performed on an awesome stage, 5 Seconds of Summer is a band I have no connection to, and Iggy and Rita did a good job. Nothing to stay in mind for a long time, though. Well, and then Beyoncé performed her whole album in 20 minutes which let us forget about everything that happened before, anyway. She killed it as usual, although the first minutes didn’t really get me. The thing is, we all know how flawless she is, we’ve seen it so many times and until the end, it was just the usual Bey show, which is great, but you know what I mean. Until MTV showed Jay, Blue and Kelly sitting with the crowd, I hoped for the couple to perform on stage or for a Destiny’s Child reunion, since Kelly and Michelle were present, but it didn’t happen. What I loved most was the private video footage of her, Jay and Blue and how she had tears in her eyes, when she heard her little princess. That was so touching. And of course Blue doing the flawless dancing on Jay’s lap. She’s the coolest baby on earth.

The only thing that really annoyed me was how MTV broadcasted and planned the show. No host, no introductions and correct me if I’m wrong, but that was how it was presented to me. So I’m not sure if it was only on German television or if it was a general problem. To let Jay Pharoah do some impressions in between was a good idea, though. He’s the perfect Jay-Z and it was hilarious to watch Kim K. while he was impersonating Kanye. Overall, it was a good night for music and I am already looking forward to next year. It was fun and definitely a celebration of female artists because the ladies totally rocked it. Who run the world? Girls!

PS: The Carter’s for first family!