Posted on November 18, 2018 by haileyjaderyan

As a huge Disney fan, I find it important to honor the cartoon character that started it all. The wonderful Mickey Mouse was created in 1928 by Walt Disney and Ub Iwerks at the Walt Disney Studios. I originally posted this article in May, because, even though most people think that Mickey first appeared in the short film “Steamboat Willie”, which was one of the first sound cartoons, the mouse actually made it’s first appearance in a short called “Plane Crazy” on May 15th in 1928. But since everyone is celebrating today, including the Walt Disney Company, I will just share this with you, again. So on November 18th, we celebrate 90 years of Mickey Mouse, the mouse that started it all. Happy  Birthday, Mickey. Thank you for all the wonderful memories you gave generation after generation. 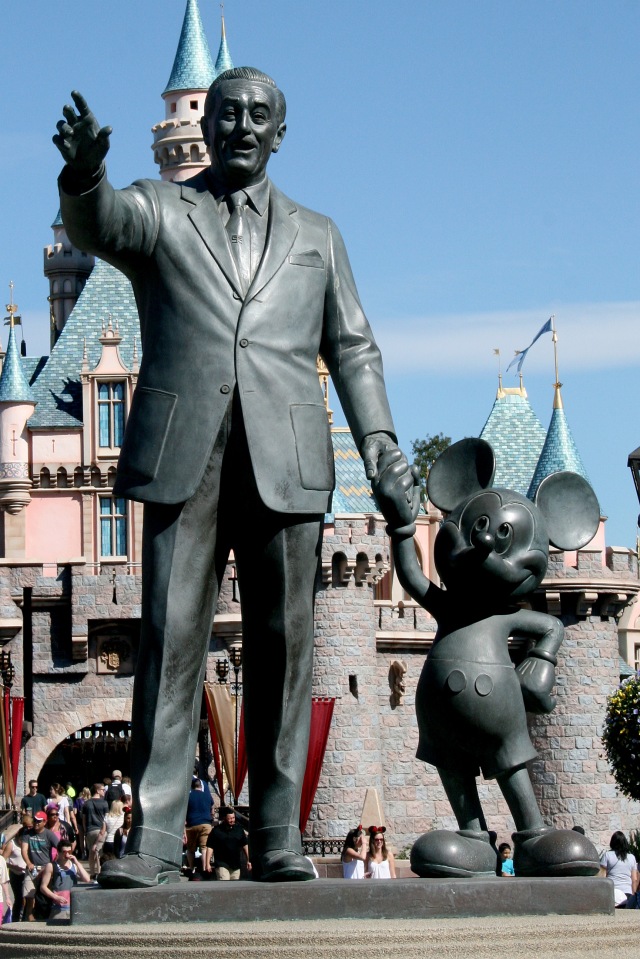 When I was a baby, I lived in the States for the first time and my parents bought a ginormous mouse that we had for a million years. Maybe it’s still in the attic, although the red pants went missing, years ago. And I also had a little one and I guess, this was all the start of my Disney obsession. Just seeing traces of the mouse ears makes me smile and of course it’s an absolute must to buy some when you’re at Disneyland.

I love Mickey. I love Minnie. I love the whole “Mickey & Friends” characters because they’re really unique and funny. I mean, have you been to Toontown? It’s one of my absolute favorite parts of Disneyland. And the houses are just all adorable and I can really imagine each character living there. Because let’s be honest, they’re real, right?!

So who knows if the wonderful world of Disney would be the same today, if it wasn’t for the mouse.

“I only hope that we never lose sight of one thing – that it was all started by a mouse.”

Therefore, I want to point out my favorite memories, places, things and everything else that has to do with it. I know that my life certainly wouldn’t be the same without it and it’s a huge part of why I’m never really going to grow up. And why should I? Everything that Disney has given the world is meaningful to me. And yes, I have looked deep into the subject, and it didn’t change anything, no matter how much there is to criticize. I’m not a fool, I just won’t let anything or anyone take this happiness away from me. So here are some random things about me and my Disney life and I’m happy about all of it.

♥ The first Disney movie I’ve watched was “The Beauty and the Beast” because my uncle recorded it on a VHS for me and until today, it’s my favorite Disney movie.

♥ The first time I went to Disneyland, I was probably seven years old. My family and I were on holiday in San Diego and my dad and grandma took me and my brother there.

♥ 20 years later, I went back to Disneyland California and it was as fun as I remembered it.

♥ Disneyland Paris is prettier, though.

♥ My room will always look a little like Disneyland and I wouldn’t want it any other way.

♥ I have more than 50 stuffed Disney characters in my room. They’re all animals because I don’t like the human characters as plushies.

♥ I either want to be Belle or Pocahontas. What a difference, right?!

♥ I cry every time I watch Mulan.

♥ My first movie at a German theatre was “Aladdin.” In an American theatre “The Lion King.”

♥ I stood in line at Disneyland to get my picture taken with a Disney Princess. I hoped for Belle, I got Aurora. What a disappointment.

♥ Mom took me to Disneyland Paris after graduating from school at age 20. It was one of the best trips ever. She even helped me chase down characters to get a picture.

♥ When I was an au pair, I constantly played the Disney Music channel on iTunes and sang to my little baby girl, all day, everyday.

♥ When the music of the broadway musical “The Lion King” started playing, I started crying.

♥ I mainly sleep in Disney clothing.

♥ I once added an extra day of uni to my schedule, because there was a Disney seminar and I couldn’t not go. I would’ve gone any time of the week. 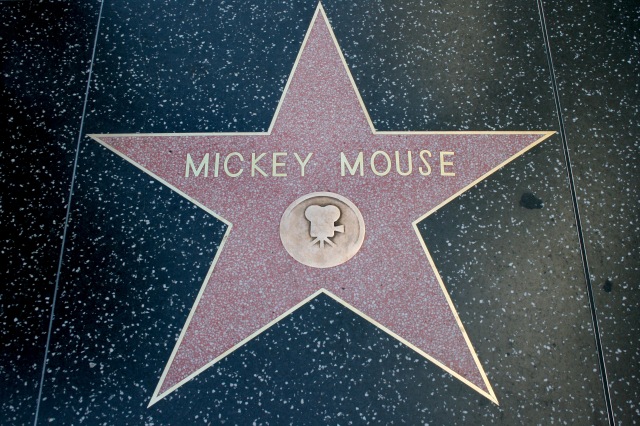 ♥ My BA-thesis, two papers and a presentation for uni were about Disney.

♥ As a baby, I had swimming pants with baby Minnie and Mickey on them and I still have them.

♥ As a kid, I had this little recording machine and the one song I sang a million and one times was “Colors of the Wind” from “Pocahontas. I probably still have a tape somewhere.

♥ I’m not willing to spend like 100 Euros on clothes without properly thinking about it, but let me walk into a Disney Store and I’ll pay whatever they say without batting an eyelid.

♥ When I lived in San Francisco, I loved that there was a Disney Store and I went there a lot. So when I had to leave the city, I made sure to go one last time and properly say goodbye. I even uttered the word. I didn’t kiss the window.

♥ The older I got, the worse my Disney obsession got.

♥ My goal is to have all the Disney movies on DVD, especially the classics. I’m close, but I still have to work on it.

♥ I have a new Disney backpack and it’s the cutest thing ever. I use it all the time, when I don’t have to carry around really heavy things, and it makes me smile, every time I see it.

♥ I don’t know most Disney songs in my mother tongue German, because I always watched the movies in English.

♥ I would love to be a Disney Princess at one of the parks for a day, but I’m sure that the kids would annoy me after only a few minutes, so more than 24 hours is not an option.

♥ I’ve never been on Splash Mountain.

♥ When I buy gifts for kids, I often buy Disney stuff, even if the parents are not much into it. A proper education can’t start early enough.

♥ At Disneyland Paris, I bought a pair of little hand blown glass slippers and I broke one of them, which is actually pretty fitting, since I have one left, like in the fairytale.

♥ I was on a school trip in Tuscany and in Florence, I wanted to go shopping, but the stores sucked. Then I saw people with bags from the Disney Store. I followed them, asked them and after what felt like forever, found the store. I was so happy.