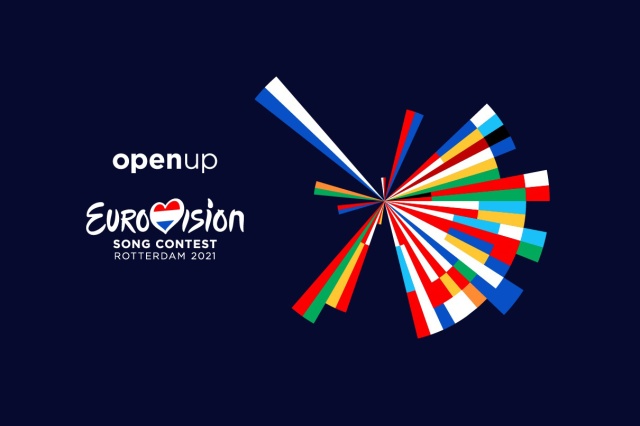 OMG, I can’t believe that the Eurovision Song Contest is actually back. I kinda thought it would get canceled again this year but was absolutely thrilled when I found out it was actually happening. I really missed this cheesy competition last year. I know there was some alternative, but I didn’t feel like watching it. I’m only here for the real deal.

As usual, I had no clue what to expect. I don’t inform myself beforehand, and I only watch the main show and then put in my two cents. I also always have a spreadsheet where I can give out points and rank everyone. Yeah, I am nerdy like that.

Anyway, this is my opinion, and I don’t want to offend anyone. Everybody has a different taste in music, and that is exactly how it should be. So don’t hate me if I don’t like your favorite act. It’s nothing personal.

The opening was great because “Venus” is a fab song, and the remix was really good. And I was a fan of the show getting started super fast. It was lovely to just have an evening fun. Overall, I didn’t love anyone. And was there a memo that said, “wear a short, silver, glittery outfit”? I expected more craziness. I did rank everyone but wasn’t satisfied with any of it because even my higher ranks didn’t blow my mind. Oh well, at least we didn’t have to endure Madonna again.

So my top five were Portugal, Finland, Malta, Russia, and Cyprus. The ones I really disliked were Moldova and Ukraine. Sorry, not sorry! Again, there just wasn’t anyone who blew me away. Italy winning did come as a surprise, though. I mean, the public vote for them was insane. Still shocked, but that’s just the beauty of music: there is something for everyone, and nobody should feel bad. It’s a music competition, and it should be about having a fun evening. I’m not mad. My country got overall 3 points. Whatever, I had a blast. But now I’m wondering, how long until the UK blames their 0 points on Meghan Markle?

Anyway, I hope you had a great time, as well. Would love to hear your take on the whole thing. If your favorite act won, congrats, if not, life goes on. I’m only sad that we all have to wait a whole year for the next round.

01. Cyprus: Elena Tsagrinou – El Diablo
She’s lucky that she was the first one to wear a short, silver, glitter dress. I mean, what’s up with that? She looked hot, loved her haircut, and for me, it was one of the better performances. Although very Lady Gagaish. I constantly was singing “Bad Romance” in my head. It could have been a bit more unique, but I love Gaga, so whatever. I thought she was on fire.

02. Albania: Anxhela Peristeri – Karma
For a second, I thought she just stole the outfit. I also didn’t understand that choice, since the song is pretty dramatic, and the outfit, as well as her performance, did not match that at all. However, I did feel her, despite not understanding a word. I liked the oriental touches of the song.

03. Israel: Eden Alene – Set Me Free
Giiiirl looked fierce! It was a fun performance, very cool, good dancing, and the lights/background looked fab. She reminded me a bit of Ariana Grande. Probably cause of her petite figure and her hitting those high notes.

04. Belgium: Hooverphonic – The Wrong Place
I did not feel it at all. Not a fan of her voice, it was boring, and it felt like trying too hard to be dramatic.

05. Russia: Manizha – Russian Woman
The song sure had a fun beat, and I don’t know, I just didn’t expect any of it. I don’t even really know what to write about the performance. It was different but super cool, and I did rank it pretty high. The message, as well as including an online female choir, worked well.

06. Malta: Destiny – Je Me Casse
I definitely enjoyed that performance. Because yaaaassss, queen. She’s got some serious vocals. And she’s gorgeous. The dancers were hot, loved the hot pink. And yeah, I’m always here for a good girl power song.

07. Portugal: The Black Mamba – Love Is On My Side
I had goosebumps from the start. I mean, the music person in me was like yay. The ESC person in me was like I need more action. It was very soulful, I always love a good guitar solo, and in the end, I ranked this performance the highest because it was pretty much the only one that touched me.

08. Serbia: Hurricane – Loco Loco
Typical ESC but not that great. Lots of hair, makeup, and glitter. The show was fun but nothing special.

09. United Kingdom: James Newman – Embers
I guess the song was ok, but James just sounded like he was out of breath all the time, and he looked like he was wearing leather pajamas.

10. Greece: Stefania – Last Dance
Can somebody explain to me how a song is about dancing, and then, there is hardly any dancing during the performance? That doesn’t make sense to me. Can she even dance? A beautiful face, but that was it for me.

11. Switzerland: Gjon’s Tears – Tout l’Univers
Not sure what to say here. I often like the slower titles, but I didn’t feel this at all. It felt like a little over-the-top drama club performance. Nope, not a fan.

12. Iceland: Daði og Gagnamagnið – 10 Years
The 80s glee club decided to hit the stage. How sad for them not to be there live on stage. It was fun, very retro.

13. Spain: Blas Cantó – Voy A Quedarme
Beautiful performance, but I did not have goosebumps, which I must get with emotional songs. Otherwise, I’m out when it comes to the ESC. A very talented and good-looking man, but it wasn’t enough.

14. Moldova: Natalia Gordienko – Sugar
Oh wow, another silver glitter outfit. Not much of a voice there and not enough show to cover it up. I liked this performance the least.

15. Germany: Jendrik – I Don’t Feel Hate
Well, what can I say? I’m definitely not someone who just roots for my country because I live here. If it’s not good, it’s not good. I think Jendrik is a sweet guy, but I thought I was watching a segment on Sesame Street. It was fun, energetic and his message is an important one, but oh my…

16. Finland: Blind Channel – Dark Side
I’m not so much into heavy metal, but I thought they did well. Found myself doing a bit of mild headbanging. Mixing rap and rock is always a good idea. They sure burned down the stage.

17. Bulgaria: Victoria – Growing Up Is Getting Old
Cute is the word. Beautiful, sweet, obviously talented, but not very interesting.

18. Lithuania: The Roop – Discoteque
I had some Depeche Mode vibes, but in a crazy way. They certainly made me laugh out loud. At least they were unique and entertaining. Not my thing, though.

19. Ukraine: Go_A – Shum
Interesting is the word, but I did not like them at all. My ears hurt a bit. Definitely something different, which is always good, but some things you just feel and some things you don’t. My best friend loved them, and I wanted to turn off the TV, so that’s that. The flute was the best thing about the whole thing.

20. France: Barbara Pravi – Voilà
Sure, French chansons are beautiful, and they always create a very special atmosphere. The performance was not spectacular enough, and I don’t know, too dark for the song. And her high notes were not so fab. The whole performance felt more like being at a poetry slam.

22. Norway: Tix – Fallen Angel
In his head, he was a wannabe member of an average 90s boyband. Wings, glitter shackles, headband… Nope.

23. The Netherlands: Jeangu Macrooy – Birth Of A New Age
It would’ve been a good gospel performance for church. Not enough for a big stage like that. Maybe more African elements in the music, the performance, the outfits were missing. The song did remind me a little of the Lion King, though.

24. Italy: Måneskin – Zitti E Buoni
What was up with the 70s inspired outfits? Between the two rock acts, I thought Finland was a lot better. But Italy’s singer was kinda hot. He has a gorgeous face. The song was ok, I guess.

25. Sweden: Tusse – Voices
Why didn’t they put up more of a show?! I mean, it was a solid performance, good voice, good song, but not in any way spectacular. Nothing to knock you off your feet.

26. San Marino: Senhit feat. Flo Rida – Adrenalina
Definitely a fan of the beats, the oriental sounds, and hello, Flo Rida. His flow always makes me want to party, and it was a good ending to all the performances.